Former site of Colony Plaza Hotel to be Redeveloped 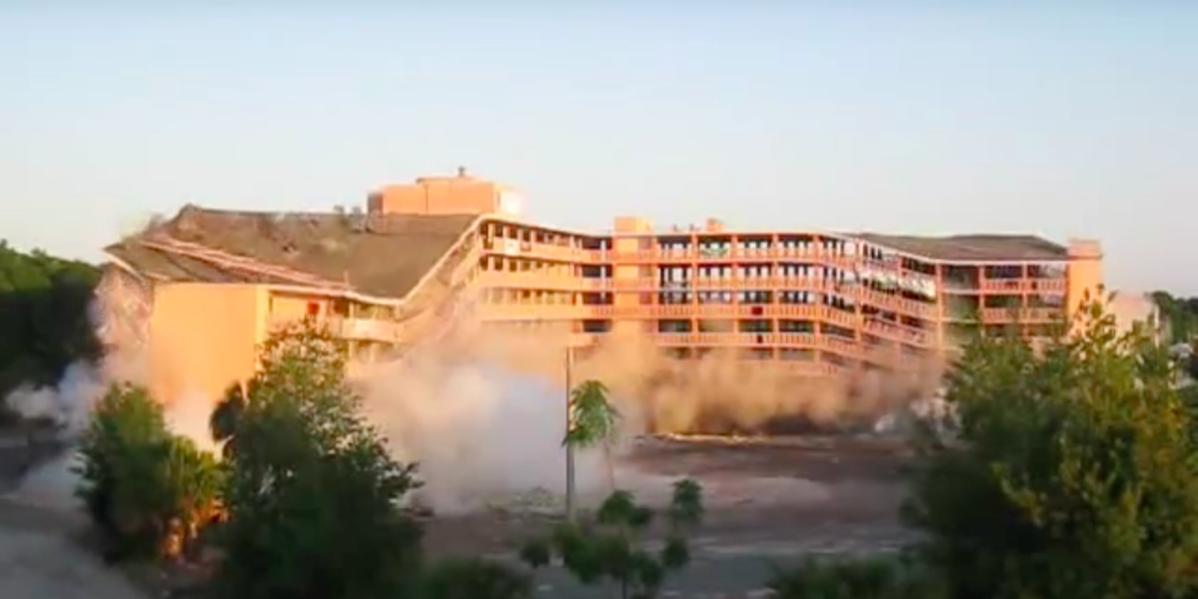 OCOEE – Following a nine-year legal battle, the vacant site upon which the Colony Plaza Hotel sat has been approved for redevelopment.

In 2001, Ocoee condemned the vacant hotel after malfunctioning sprinklers flooded the property, and the city began a long legal process to demolish the property on May 9, 2009.

The site, owned by Ocoee Corners LLC, now will be redeveloped with seven buildings occupying 66,872 square feet of retail and commercial space, according to city documents.

The upcoming revitalization of the site, located on the southwest corner of West Colonial Drive and Maguire Road, was made possible after Ocoee finalized a settlement agreement of $1.1 million to be paid to the city’s Community Redevelopment Agency by March.

The $1.1 million settlement will reimburse the city of Ocoee for the demolition costs it paid using CRA funds and the legal fees it incurred during the lengthy legal process.

“The reason it took so long was because there were over 500 timeshare owners left in limbo who had purchased timeshares during the period of 1995 to 2000, after the hotel had been sold,” said Angel De La Portilla, Ocoee’s economic development consultant. “And it took a while to contact and get settlements with all those owners.”

After the settlement amount was reached, Ocoee spent 18 months negotiating with Scott Boyd from Orlando-based Boyd Development Co. to redevelop the entire site.

“The goals for the city were to recover in full all the monies that had been expended by the CRA for demolition and legal expenses,” De La Portilla said. “Second, the city wanted to make sure that the property would be developed in accordance with the design standards that were established by the CRA master plan for Target Area No. 1 (located at 50 and Maguire). After negotiating with Boyd Development, we felt comfortable that both of these goals would be met.”

So far, the only confirmed tenant is Tijuana Flats, but the goal is to include several shops and sit-down restaurants. Future plans might also include a hotel, he added.

“I know (Boyd) is negotiating now with different restaurants, but he’s not allowed to say who they are because nothing is confirmed,” De La Portilla said. “But we know of one: Tijuana Flats. And one of the outparcel buildings will have a fast-casual restaurant with a drive-thru.”

The complex will be built in phases. The first phase includes two buildings occupying 14,820 square feet to be completed by Dec. 31. Future phases will include sit-down restaurants, fast-casual restaurants, groceries, bars, a brewery, a hotel and light retail and medical and professional offices, De La Portilla said.

Source: West Orange Times & Observer
To see the source article, click here.*
*This link may be pointing to an external website out of our control; therefore, this link may become broken at any time.